My grandfather Thomas O’Shaughnessy was from Boher, Co. Limerick. He enlisted in the Royal Garrison Artillery on 4th January 1907 on a short service engagement and was posted to No 1 Depot Citadel, Plymouth. At the time he enlisted he was with the Militia (i.e. Clare RGA) and he was working as a Railway Porter at Boher.

He was posted to 2nd Mountain Battery in India. He went to France with 2 Indian Division in 2MB. His citation from the London Gazette reads

On one occasion received a shot through his cap but continued his work cheerfully and methodically.
Bombardier O’Shaunessey (sic) was shot through both legs later on.”

Tom recovered in hospital at Boulogne. He walked with a limp for the rest of his life. He became a Signals Instructor, as a Sergeant, in Southampton and was demobilised in 1919. There is a family story that he attended the funeral of his father, Peter, in Boher and was attacked at the funeral itself as he was wearing his uniform.

Having married my grandmother at Woolwich in 1915, he settled in Fareham, Hants after demobilisation. One of my sons has seen a copy of a letter Tom wrote in 1923 in which he asked to join Section D of the Army Reserve and was willing to serve anywhere in the world. (He had three children by 1923). He received a negative reply on the grounds that he was not eligible due to his age.

He joined the Merchant Navy as a “Glory Hole Steward” (responsible for looking after sections of crew accommodation). He served in the large Cunard White Star liners. He spent much of WW2 in the RMS Aquitania which was used as a troop ship. The ship was designed for the North Atlantic and was very unsuitable for tropical waters, being very hot and humid below decks. He died in 1948, following surgery, and his WW2 service was probably a major contributory factor. His Merchant Navy card shows that he never applied for his WW2 medals. One of my sons has his WW1 medals. 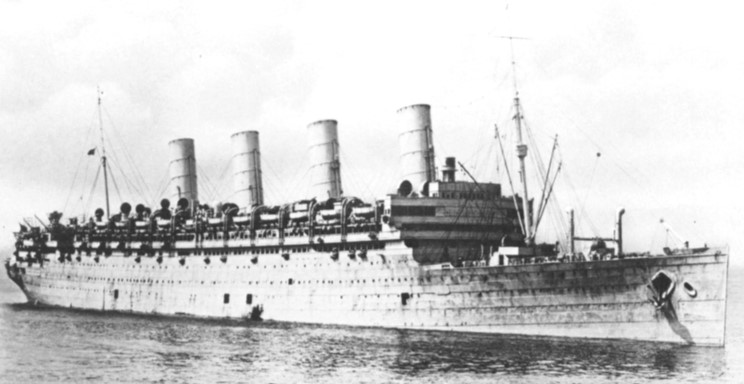 I am so proud of Tom. During the depression he apparently walked (with his limp) from Fareham to Southampton regularly in attempts to be signed on ships. I cannot remember him as I was a baby when he died. His five children (now, sadly, all passed away) all spoke fondly and lovingly of him, as did my grandmother, Ellen.

His widow, Ellen, lived until she was 90. Very near the end of her life she burnt all her old photos of him. I remember many of them. My favourite was of him and two other Bombardiers in full dress uniform, taken in a mess in India. Another was of the whole Battery, again in India. Another was of him as a Sergeant in WW1 with a full class of trainee Signallers, the front row holding semaphore flags. There were also photos of him in his Merchant Navy uniform. Ellen’s logic for burning the photos was, according to one of my aunts, that “nobody will be interested in these once I am gone” (!!!)

I remember my grandmother telling me how proud Tom was to be in the British Army and how proud he was of his three sons who served. But she always emphasised that he was also a proud Irishman, who expressed strong views on many of the wrongs that took place during the British rule of Ireland.

If you wish to publish your tribute to a relative who was from Limerick and served during WW1, please get in touch (liam.hogan@limerick.ie)